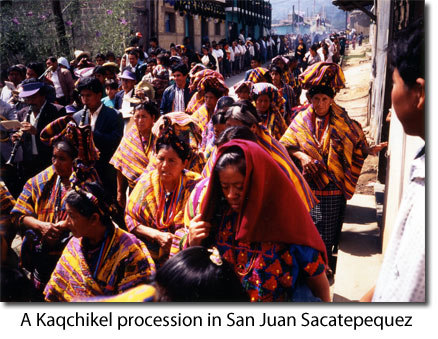 Guatemala is rich in culture. Take 21 different indigenous Mayan populations, mix that with Spanish and European populations and influence and you get a very complex and multi-faceted national culture.

The Mayan influence is deep and profound; it makes Guatemala what it is. Many centuries ago the Maya were at the peak of their civilization and controlled much of Central America and part of Mexico. Their language, rites, and rituals have carved out a unique and colorful culture that gives Guatemala its own international identity.

Spanish is the national language and is spoken by most of the local population. However, in the remote highlands it is not uncommon to find indigenous people speaking their ancient Mayan dialect as their primary language. In fact, some know very little, if any, Spanish. 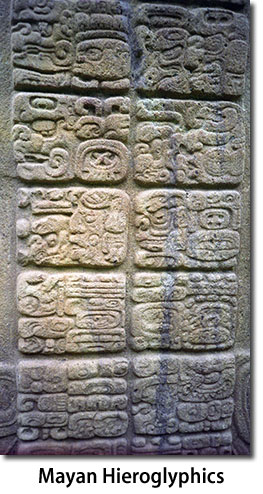 Two areas where I ran into very distinct and very different cultures were in the mountainous Sacatepequez department where many spoke Kaqchikel and on the eastern Caribbean where they spoke Garifuna. Two very different peoples sharing the same country.

The mountains contain the majority of the 21 Mayan dialects spoken with many natives still wearing their traditional colorful dress that represent their Mayan heritage. As you travel the highlands, you'll notice the different colors, patterns, and style of dress of the various Mayan 'tribes.'

In northern and southern Guatemala you'll find mostly Ladinos which make up the majority of Guatemala's population. These are those who usually hail from both Mayan and Spanish backgrounds. They follow more the Western way of life and know little, if anything, about their Mayan roots. Guatemala City and other larger cities are comprised mainly of the Ladinos.

As you navigate eastward to the Caribbean you'll find the Garifuna. These are descendents of Africa and were brought to Central America by the British. They have their own dialect, traditions, and culture. From food to religion, the Garifuna have very little in common with their Mayan counterparts to the west.

The majority of Guatemala is Catholic although the 'flavors' of Catholicism vary from one region to another. This is largely because of the Mayan religious influence as early Catholic priests tried to supplant Mayan religious rites with Catholic in an effort to convert the Maya. The result was a mixed religion--Catholicism with a Mayan flare. For example, in a Catholic cathedral in the western highlands, the locals sacrifice chickens (a Mayan rite) as offerings.

Catholicism is barely holding the majority as Protestantism has become increasingly popular. Even those practicing the traditional Mayan religion is on the rise as the government has put safeguards in place to protect it.

This writing alone is grossly insufficient to cover Guatemalan culture but at least it gives you an idea of the cultural depth to be discovered while visiting.